CIRCA led the research, outreach, and collaborative efforts of several state agencies to develop a regional vulnerability assessment and conceptual framing of coastal resilience for a two phase proposal to the National Disaster Resilience Competition a billion-dollar competition sponsored by the U.S. Department of Housing and Urban Development. The concept of connecting adapted coastal communities, through safe resilience corridors, to resilient transit-oriented development along Metro-North advanced the State to the current design phase of the competition. In January 2016, Connecticut was announced as the winner of $54.3 million to implement a pilot project in Bridgeport based on the concept and funds to develop a regional Connecticut Connections Coastal Resilience Plan for New Haven and Fairfield Counties.

Researchers and Staff Supported on Project 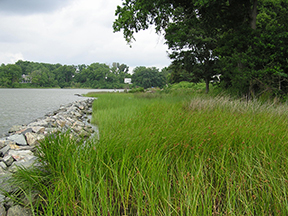